Let me begin by stating that this is not the first (nor shall it be the last) Neil Gaiman I've read, however it is the first review I'm writing on one of his books. I am writing this with some trepidation, as I view Neil Gaiman as something of a god in the world of modern fantasy writers and to be writing a review on his work seems akin to a 8 year old football enthusiast writing a critical commentary on his favourite teams' recent performance during the World Cup. With that caveat out of the way let me say that Stardust is Number 4 in my Top 4 Neil Gaiman (I have read four Neil Gaiman Novels thus far.)

Stardust is a fairy-tale for adults. No wait, Stardust is a fairy-tale for adults who still love to indulge that childhood sense of wonder that they have not quite been able to grow out of. It is an easy read and I finished it in a few short hours. You are introduced to the small town of Wall, set in Victorian England, and the curious event that happens there every nine years. Wall is... well, the wall between our world and the world of Faerie, a magical place filled with magical creatures. The curious event is a market, and it with this Market that the tale is set in motion. The young Dunstan Thorn, restless yet content with his life in the Town of Wall seeks his Heart's Desire, and through an arrangement with a peddler, comes to attain it through the form a glass snowflake.

Without giving too much away let me skip forward a bit to where we are introduced to Dustan's son, Tristran. He is also a restless lad like his father, but not quite as content with his life in Wall. Smitten with the beautiful Victoria Forester he promises to fetch her a falling star in exchange for anything his heart desires, and so begins his journey into Faerie where he encounters witches, homicidal royalty, faeries, castles in the sky, a beautiful fallen star and ultimately his Heart's Desire.

Stardust is a fantastic, and fantastical novel.  The world of Faerie is painted quite beautifully for the reader and there is always a sense of danger and wonder implied at the same time. We see the character grow in the way we would expect from such a story, but I must confess I felt myself wanting more at the end. The story is wonderful and told as only Neil Gaiman can tell it, with the brilliant mind of an experienced writer who wants so desperately for people to see the magic in the world. Yet I found myself wanting more meat in the story. I wasn't full to bursting as I usually am with his novels and it felt as if the story was somewhat rushed. It was with a slight feeling of anticlimax that I finished the book and set it down. This being said I am aware that the story is a Fairytale, and is written as such: A story for you to fill in the blanks using your own imagination and wonder. This being said I highly recommend it as a quick read for escapists everywhere.
Posted by SgtPepper234 at 13:01 No comments:

As this is my first post, I feel I should use it to tell you what this blog is for, and the context in which my posts should be viewed.

I am a (relatively) young man with aspirations of becoming a writer one day, and this blog is a means by which I feel I can practice and hone that skill. I have no illusions that my writing is any better or worse than anyone else who has little to no experience. That being said I am going to be posting reviews (books mostly) to this blog.

These reviews are my opinions and should be read as such. I do not claim to be an authority on writing; At the very least I enjoy a cursory knowledge of the English language and an intense love of books, poetry and all manner of writings. I accept that I have my own personal bias when it comes to certain genres but I will do my best to leave it out in my reviews. I cant promise anything however.

I will post as often as I remember to, and I welcome all manner of constructive criticism on my reviews. Please try not to be scathing or intentionally post negative comments. Such comments will be deleted.

Now that I've covered most of my bases I invite you to read the reviews and comment If you would like to. I hope these reviews encourage you read the books I enjoy, and maybe even take a chance on the ones I don't. 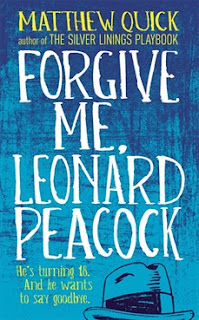